If you’re planning to work with Lexan plexiglass, you first need a thorough understanding of the material and how it functions. That way, you can take the necessary care not to damage the material while you’re using it.

This guide will inform you about Lexan as a material, its benefits and drawbacks, and some of its uses. We’ll also tell you how to cut Lexan for the purpose of applying it in various projects around the home.

Contents:
1. Understanding the Brand Name
2. What Is Lexan?
3. The Best Way to Cut Lexan
4. How to Cut Lexan Sheets in a Curve
5. Cutting Lexan in Thinner Sheets
6. How to Drill Into Lexan

First of all, you should know that as with many other products, like Bandaids and Kleenex, the term “Lexan” is actually a brand name, rather than the actual identifying term for a broad category of product.

Like those other examples, however, the brand name is, in some cases, used synonymously to refer to a type of product. When you ask for a Kleenex, people are likely to hand you any type of facial tissue that’s available. In the same way, some people may use the term Lexan to refer to a range of materials that may or may not really be true Lexan.

Original Lexan belonged to General Electric and was first officially branded in 1960. Since then, Bayer (or Merlon or Makrolon) has also been crafting the material in partnership with GE, as part of a cross-licensing agreement.

Now that we’ve acknowledged proper branding, it’s time to get into the details of what Lexan actually is. Technically speaking, Lexan is a thermoplastic made with polycarbonate resin.

When subjected to intense extremes of heat, this polycarbonate resin thermoplastic will deform, which means that manufacturers can have it formed into a variety of items. It can endure significant warping and changes to its shape under high temperatures (about 297 degrees Fahrenheit or 147 degrees Celsius) without cracking or breaking, so it is often used to form seamless, rounded, or uniquely shaped plastic products.

Other Properties of Lexan

When it has been formed into an object, Lexan is incredibly durable. Imagine the amount of impact force a sheet of acrylic can withstand. Lexan can sustain an impact strength 30 times greater. And it is 250 times stronger than regular glass. Besides that, it can be heated up to around 240 degrees Fahrenheit before it begins to bend or deform. If you pour gasoline or acids on it, you’ll note that it’s very resistant to those substances.

You can drill into it without cracks spiraling out from the drilled hole, and it’s nearly inflammable as well. Because of its transformative nature and extreme strength, Lexan has been a manufacturing favorite for years.

Maybe you’re starting to think that Lexan is a super-material. It does have a few key drawbacks that manufacturers and users have to keep in mind. First of all, it does dent, though it won’t easily crack or break. UV rays tend to turn it yellowish over long periods of exposure. Its clarity, once lost, can’t be restored by any amount of cleaning or polishing. It scratches more easily than other types of thermoplastic and more easily than glass. Plus, its cost is higher than that of glass.

Lexan vs. Acrylic vs. Plexiglass

You may hear Lexan referred to as Plexiglas, plexiglass, Acrylite, Lucite, Perspex, or acrylic. While all these terms are somewhat interchangeable, it’s important to know the differences and keep those in mind when you’re shopping for materials. One key difference with acrylic is that it’s much more rigid and cracks much more easily than true Lexan does. If you’re unsure what to use for your purpose, check online to find out which brands and materials other DIYers have used for various projects.

What Is Lexan Used In?

Lexan is used in a variety of products, including headlights, DVDs, and Blu-ray materials, kitchenware, and even bulletproof glass. You may also find it in car windshields and windows, hockey helmet visors, football helmets, LED light pipes, reusable water bottles, machinery guards, and more. Aquariums and terrariums are often made of Lexan as well, and you can even find furniture that has been molded from super-heated Lexan.

The Best Way to Cut Lexan

Some people claim that you can treat Lexan just like a piece of plywood. This is partly true, but keep in mind what we mentioned earlier about the potential for permanently scratching or denting this material. You’ll want to take extra care not to cause scratching, abrasions, or other damage to the sheets of Lexan you’re using.

Of course, if the Lexan is being used as a backer board or in some other non-visible way, the cosmetic appearance of the material is no longer important, and you can feel free to manipulate it as needed without extra care.

The Right Kind of Saw

Now, let’s move on and discuss how to cut a Lexan sheet. If you’ve got a sheet of Lexan that’s 3 mm or thicker, you can use a circular saw with a carbide-tipped blade. The teeth of the saw blade should be less than half an inch apart, and they should also incorporate 45-degree bevels, a feature that lessens the likelihood of the Lexan chipping too much while you’re cutting it.

The Correct Placement and Measurements

When cutting Lexan, lay it out on a work table or workbench, with the portion you plan to cut overhanging the edge. Measure the cut lines and mark them with a pencil. Once you’re sure that you have the right lines marked, you can also define the lines a bit better by using a simple utility knife to score the plastic. Make sure you use a straight edge while scoring the Lexan with the knife. If you don’t, your hand could slip or skew from the cut lines, and you’ll end up with a married piece of Lexan.

Prepare your saw and work area, taking any necessary safety precautions such as removing children or pets from the zone. Remember to wear eye protection as well, in case any stray particles or chips of Lexan fly near your face.

Work At a Moderate Pace

Once your saw is ready and running at full speed, move the saw smoothly and evenly along the cut line. Take your time and don’t force the blade through. If you try to do the cut too fast, the saw may chew up the plastic. The last thing you want is piece gouged out of the Lexan you’re cutting.

However, you also need to be careful not to go too slowly. The heat from the rapidly spinning saw blade (whether it’s a table saw or a circular saw) can actually overheat the Lexan and behind melting and warping it if you linger too long over the cut. When you’re cutting Lexan, it’s best to proceed at a moderate pace.

How to Cut Lexan Sheets in a Curve

If you need to cut Lexan on a curve, use a jigsaw or band saw. Either of one these should be fitted with a blade designed to cut metal, and its teeth should be spaced anywhere from 2 mm to 4 mm apart.

When cutting into Lexan with a jigsaw, you first should clamp the Lexan tightly to a work table. Securing it in a place like this limits the amount of wobbling or vibrating that will occur during the cutting process. Too much vibration or movement can cause the saw to wobble, which in turn can result in a skewed cut or chipping of the Lexan.

If you’re feeding a sheet of Lexan through a band saw, take time to create a stabilizing effect with a strip or chunk of wood. Keep the blade guide of the band saw near the Lexan sheet. That way, the blade won’t be as likely to waver or move off course.

As mentioned, the saw method is preferred for sheets of Lexan with a thickness greater than 3 mm. However, what should you do if you have a sheet of thermoplastic that is thinner than 3 mm?

In this case, you should probably use a basic utility knife or a pair of sturdy shears. You’d follow a similar process of laying out the Lexan and marking the cut lines carefully. After that, you would need to cut along those lines, keeping your hands as steady as possible.

Protecting Lexan During the Cutting Process

If you plan to use the Lexan in a visible area, you’ll need to protect it from getting scratched or scraped. You can do this by covering the rougher work surface with a softer cloth. Old sheets, rags, or old blankets work well for this. As you’re working, be sure that the tools only touch the Lexan along cut lines. Don’t lay down a saw or other rough, abrasive tool on the surface, since those items could potentially cause scratches and other damage.

How to Drill Into Lexan

If you’re drilling into Lexan, remember to check, double-check, and triple-check before you make any holes, since there is no way to patch or seal them without the patch job being obvious to onlookers. Once you’re sure that you’ve planned correctly, move steadily through each marked spot with the drill to create the holes, and then carefully blow or brush away any dust or excess. Insert hardware only where necessary.

Working with Lexan can be a bit tricky because of its odd blend of durability along with the sensitivity to scratches and UV rays. However, if you take your time and enact the proper precautions, you can successfully cut pieces of Lexan into a variety of shapes and use them as needed throughout your home or other building. 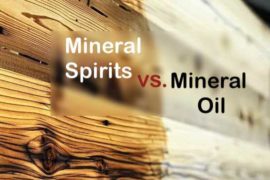 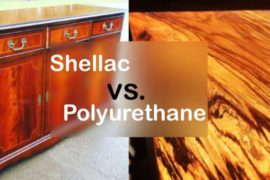 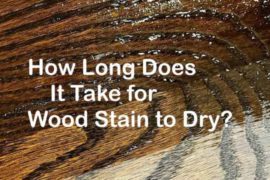 How Long Does It Take for Wood Stain to Dry?