How old is the furnace in your home or prospective new home? Appliances do not live forever, so it is imperative that you know just how old your unit is. The Trane furnace age can be difficult to determine unless you know how to interpret the code found in the serial number. Depending on the age of the unit, the serial number may take one of four different forms.

If you are lucky, some furnaces make it easy to see just how old they are. They have a specific section of their data plate that lists a “manufactured in” category. This takes all of the guesswork out of identifying the Trane furnace age. However, you might not be so lucky. If your unit’s data plate does not display this information so clearly, how can you tell when it was manufactured?

The easiest way to track the age of a Trane furnace is to look for the serial number. This is a string of letters and numbers that indicate exactly when the unit was made – if you know how to read it. At first glance, it appears not to have much important information, but those who know how to read the Trane serial number know how beneficial it can be.

If the unit was made between 2002 and the present day, you should find a nine-digit serial number that consists of letters and numbers. Remember that your serial number is not the same thing as the model number.

Typically, the following number would not make sense as a double-digit year. For example, the two might be followed by a six. We know that the unit could not have been made in the year 2026, so we can conclude that the Trane manufacture date was simply 2002.

When it makes sense, the first two numbers might represent the manufacturing year. This is the case when the numbers range from ten to twenty. The pattern will continue into future years as well. 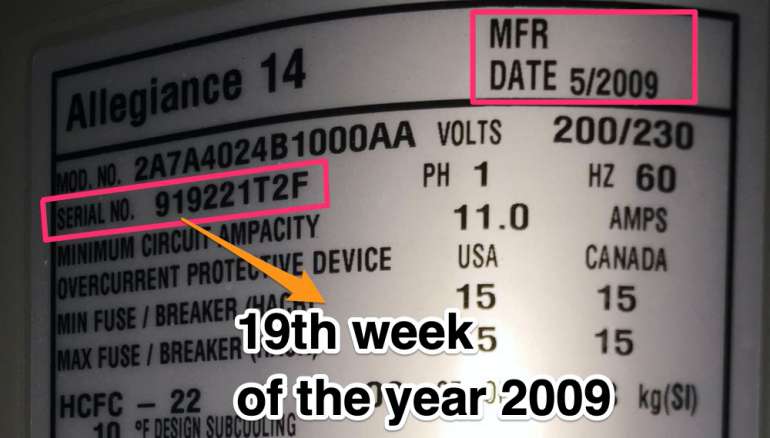 The next numbers in the serial number represent the week that the unit was made. With a little clever math, you can figure out the manufacture date of your Trane unit right down to the month.

For example, a serial number that starts off with “850” was made in the fiftieth week of the year 2008. This places it directly at December 2008. While you may not necessarily need this level of detail, it is always nice to have as much information as possible about your appliances.

Identifying the age of the furnace is a little more complicated if it does not directly state when it was manufactured. You have to know how to read the Trane serial number and interpret the results. The structure of the serial numbers varies depending on when the unit was made. Older units have one style while newer units that were made in 2002 and later will have another. You should be well-versed in how to read both so that you are prepared for every situation.

Does the serial number on your unit start with a letter instead of a number? This is a clear indicator that you are dealing with an older furnace. Even without reading too far into the code, you should know that it is almost time to replace this unit. Once it has reached its tenth or fifteenth birthday, you will often start to see units break down. A serial number that starts with a letter is a clear sign that your unit is at least nineteen years old. 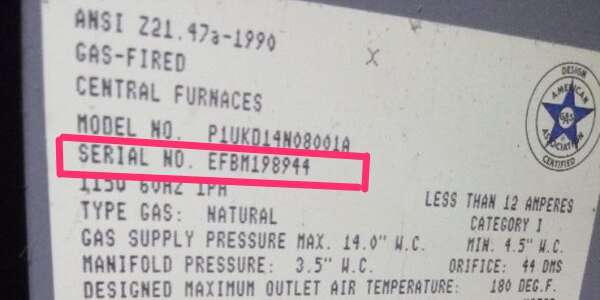 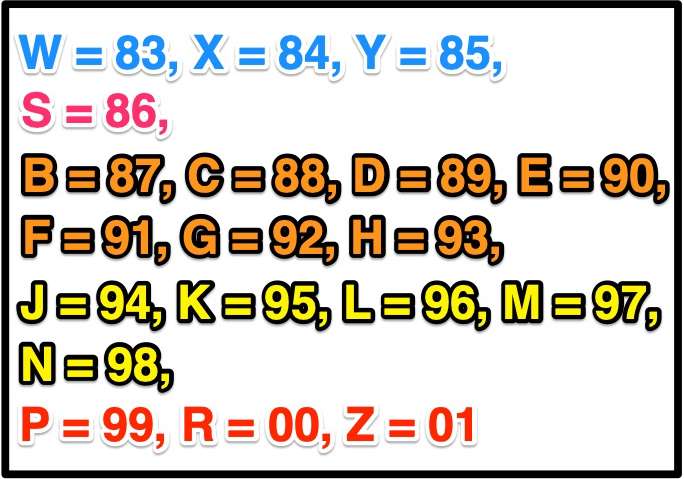 At this point, the code is changed to a nine-digit string of letters and numbers where the first numbers indicate the year that it was made. Reading this type of serial number can be a bit confusing unless you have a guide with you. Most people find it a challenge to memorize the alphabet coding system because it skips so many letters.

If you know how to read the code, there is even more information to be found in this type of serial number. Much the same as it is with newer models, the numbers following the letter indicate the week that the unit was manufactured. For example, a code that reads “S50” was made in the fiftieth week (December) of the year 1986.

Fortunately, there is another way that you can corroborate the details of the date your Trane unit was manufactured.

If you are unsure whether you are interpreting the serial number correctly, there is another piece of information on the data plate that can help confirm your guess. This is the ANSI (American National Standard Institute), sometimes also written as the ANS. You will see a specific code followed up by a year.

The year that you see listed here is not necessarily the same as the date that the unit was manufactured. This number is sometimes the same as the manufactured date or sometimes just a couple of years before. While it does not always conclusively give you a manufacture date, it can give you an idea of how old the unit is if you are having difficulty interpreting the serial number.

The good news is that the ANSI or ANS rating is present on all Trane furnaces. No matter how old the unit is, you are guaranteed to find this figure. It is always very easy to read and understand without the need for you to read a specific code.

If somehow, you were to stumble upon a serial number that does not look like the two examples above, you might have an even older unit. Trane has switched how they structure their serial number several times over the years. Beginning in the year 1971, age was a number followed by a letter. It reads very much the same as the serial numbers from models 2002 to present, but it has a letter following the first number instead of more numbers.

For example, a newer model might read “5161KJB67,” whereas these older models would read “1C-XXXX.”

The first number stands for the year that it was made, but you must remember that it dates back to the 1970s. In our example above, the one would indicate that it was made in 1971. The letter that follows the number indicates what month it was manufactured in. C is the third letter of the alphabet, so it was made in the third month (March). This is the pattern for all Trane models ranging from 1971 through 1979.

Once you reach this phase, then you can refer to the Trane manufacture date code for units that were made from 1983 to 2001. It is highly unlikely that you will encounter many units with serial numbers like these, but it is best to be prepared just in case.

Importance of Knowing the Age of Your Trane Unit

Particularly if you are getting ready to purchase a new property, you should check the age of all your appliances. Investing in new appliances right away can be quite costly. You want to make sure that the furnace in your home is relatively new. The best way to make sure is to look for the manufacture date or interpret the serial number on the Trane unit. With some of these helpful hints, you can become a pro at interpreting these codes!