Evaporative coolers use a substantial amount of water, which could present a problem during times of drought. Depending on the severity of the drought and how much water your cooler uses, you may want to look into the following options:

In addition, below are some “Cool Rules” developed by Water Wise of the University of Arizona Cooperative Extension for saving water during a drought.

Evaporative coolers use a substantial amount of water to run. Systems with bleed valves and sump dump systems use the most water. This should be taken into consideration in areas where water is expensive or in short supply.

A study conducted by the University of Arizona’s Office of Arid Lands Studies at the request of the city of Phoenix tried to quantify exactly how much water is used by evaporative coolers. The study found that average daily water use was 66 gallons per day, or 14,000 gallons per year (212 days of cooling). Coolers without a bleed valve used an average of 3.5 gallons per hour, while the coolers with a bleed valve used 10.5 gallons per hour. The percentage of household water used by the coolers was 25.8% for households without air conditioning, and 15.8% for all houses. On average, coolers ran 2,100 hours during the summer (Karpiscak et. al. 1998). Similar results were found in a study conducted in El Paso, Texas (Tarquin 1999).

In general, the amount of water used by your evaporative cooler will depend upon its size, air movement, and the relative humidity of the air. All things being equal, a 4500 CFM cooler uses less water than a 6000 CFM cooler. However, the most important difference is water usage rates for evaporative coolers is the use of bleed water.

Tim Caldwell
Tim Caldwell works as both a writer and author and enjoys writing articles on many different topics. He specializes especially in topics concerning Environmental Conservation. Caldwell graduated from Taft Junior College. 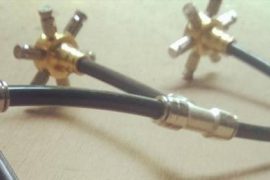 Cooling Misters Best Ways to Save and Drought Tips 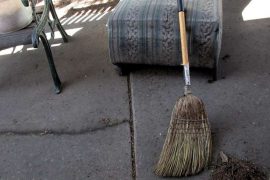 Wash the Dog and Water the Lawn 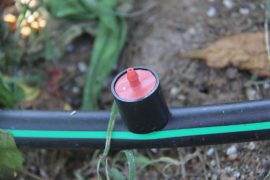 To Irrigate or Not? That’s the Question