Goats are unique creatures. In fact, they’re one of the oldest domesticated hoofed animals to ever exist. People have been raising goats since about 7,000 BC. Not only do they provide milk which can also be turned into a tasty cheese, but they’re also a great tool for controlling the unwanted vegetation growing on your property.

If you’re interested in investing in a few goats, it’s important to note that they’re not cheap and most communities will require that you raise them on land located outside of the city. It’s also important to fully understand the different breeds and their lifespans before you go buying these furry animals. So, how long do goats live? What are the different breeds?

What is the lifespan of a goat?

There are several different breeds of goats, and the causes and time frames for each of the breed’s deaths can vary. It’s important to review this data before you decide what breed you want to invest in or simply learn more about.

Boer goats generally have a higher resistance to disease than other breeds making them very desirable for farmers who produce goat milk and goat cheese. They usually pass away due to old age. The bucks tend to have a lifespan anywhere from 8 to 12 years, and the does tend to live up to 12 to 20 years. The best part about the boer goat is that they require little attention, and they love eating weeds much more than they do grass.

Both the bucks and the does live an average of 12 years old. Pygmy goats are carried in their mother’s womb for an average time of 152 days and begin eating grains within a week. Pygmy goats are many times the victims of a wide array of disease, but if vaccinated and cared for properly, they can live longer than expected.

Nubian goats are usually bred for their milk due to the fact they produce much more than most other breeds. They’re typical lifespan is anywhere from 15 to 18 years old, and usually only breed in specific seasons. The thing that really distinguishes this breed from others is their vocal habits. The Nubian goat is much louder than other breeds. As a result, these goats are best raised on a property far away from neighbors.

The Anglo-Nubian goat tends to have a much smaller lifespan. Its lifespan ranges anywhere from 8 to 12 years. Most people recognize this breed by their large Roman nose and their long floppy ears. Although this breed doesn’t produce much milk, they’re still bred for it as well as their meat and their hides.

The American Lamancha goat has an average lifespan of 7 to 10 years. This is much shorter than other breeds. There are two different kinds of the lamancha goat, ones with elf ears and ones with gopher ears. This breed of goat is typically raised for their milk.

The Oberhasli goat generally has a lifespan of 8 to 12 years with proper care. This includes making sure they receive their proper shots. Tetanus is a serious threat for this breed. In addition to this, the Oberhasli goat is a smaller-sized breed, and they absolutely love to devour grass, hay, laves, and furns. They truly are a cute, little goat.

As with several breeds in the goat family, the alpine goat tends to have a lifespan of 8 to 12 years. However, the thing that makes this breed different from the rest is that they originated from the French Alps. Their great at climbing rocky hills and can survive in pretty much all kinds of weather. These goats also produce milk too.

These goats can live up to 15 years or even older. They’re recognized by their beautiful white coat and their upright ears, and they’re also bred for their dairy abilities. Although this breed loves to eat all kinds of plant life, they require additional protein in their diet due to their ability to produce large qualities of milk.

How can you tell a goat’s age?

If you’re planning on buying one or more goats, it’s best if you can tell how old they are simply by looking at their teeth. This will give you a good idea of what they’re worth, so you don’t fail on your investment. 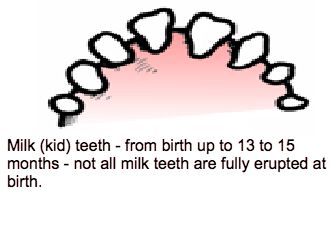 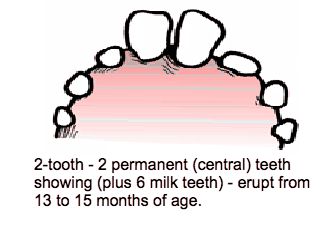 Goats only get two sets of teeth in their lifetime, and they only form on their lower jaw. From the day a goat is born until about 15 months, they’ll have what are called “milk teeth.” From 13 to 15 months, goats will begin to develop 2 permanent central teeth. However, they’ll still have quite a few of their milt teeth left as well. 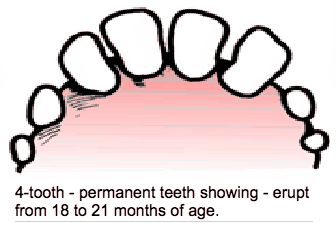 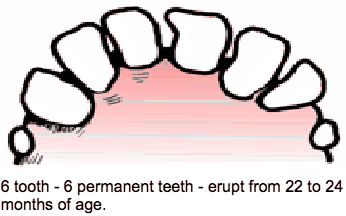 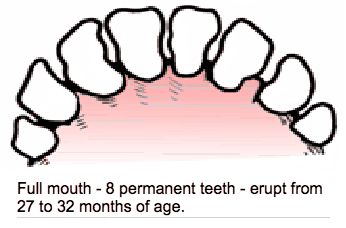 As goats get older and closer to death, they’ll begin to lose their teeth just as humans do. In fact, all their teeth will eventually fall out, break off, or become too worn down to be useable. What you have left is a mouth full of gums. As a result, they will have a harder time eating and can become malnourished. This will inheritably affect their milk production as well as their ability to ward off diseases and sicknesses.

Good overview of popular goat breeds. We had a couple alpine cross weathers that lived 16 and 20 years! The 20 year old looked ancient. His horns and hoof walls stopped growing, but he still had enough teeth to eat alright.