If you’ve never tasted anise before, then you’re missing out. Anise is an herb that’s used in a wide selection of pastries, candies and liquors from all over the world. It has hundreds of uses and is one of the most popular herbs used by chefs today. It’s tasty, practical and fun to grow.

What exactly is anise?

Anise is an herb that hails from the Apiaceous family and is also know by the name aniseed. Although this herb is native to both the Southwest Asia in addition to the Mediterranean region, people and companies around the world grow it, sell it and use it as a culinary tool. Today, people all over the world grow it and use it just as much as they ever did.

The question that’s on a lot of people’s mind is, “Does anise taste like licorice?” Yes, the flavor of anise is similar to that of licorice. However, the taste of this herb has also been described as tasting like a combination between fennel and star anise. Although anise is similar in flavor to these other herbs, it’s also unique in its own way as well. So, what kinds of food, liquors and candies is this herb in?

Anise is used in a number of candies and pastries from around the world. Some of these treats are hard, some are chewy and others come in a flaky form. They’re all good and will definitely satisfy your sweet tooth. A few examples of these treats by country include:

☆ Peru: Picarones, a type of donut

In addition to candies and pastries, anise is also used in a wide array of liquors as well. Why might you ask? Anise is used in liquor to enhance the overall flavor and has little calories. Some of the liquors anise is used in include:

These are just a very few of the liquors that use anise to help flavor it. In fact, there are thousands of liquors from all over the globe that use this tasty herb. 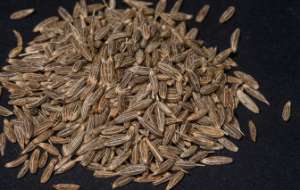 Both the herbs anise and fennel have similar tastes. So, what is the difference between these two herbs? First, the seeds from anise are much more sweet and spicy tasting in comparison to fennel. Fennel has a much mild taste. In addition to this, fennel is also used much more in pork-based dishes where as anise is used more in hard candies and flaky pastries. Another difference between these two is that when fennel is considered to be a vegetable. In fact, the bulb of the fennel plant is used in a variety of salads and has a very crisp, crunch to it. Anise is sometimes used in salads, but it’s only the leaves that are used. These leaves are also used to brew tea. 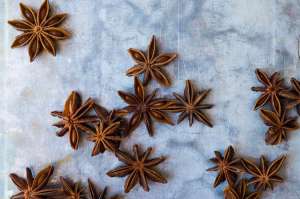 Like mentioned earlier, both anise and star anise have a liquorish taste to it. This is because both herbs have the ingredient anethole in them. Like with the herb fennel, these herbs are often times confused with one another. So, what is so different about them? Like already mentioned, anise tends to be used in pastries, candies and liqueurs. Star anise on the other hand is used more in Asian cooking and is one of the main ingredient in the well-known Chinese dish, the “five-spice” powder. In addition to this, star anise is also used in slow, simmering sauces and help contribute to the flavor of meats.

Growing anise in your garden

Anise is a popular herb grown by many people all over the world. Not only is it a fun crop to grow, it’s also very rewarding. However, unless you grow it right, the flavor won’t be a sweet as it should be. Take advantage of these growing tips.