Watermelons are a tasty fruit that are loved by millions of people around the country. They’re delicious, they offer an array of healthy benefits and they go great as a side dish with those summer barbecued meats. However, watermelons only grow at certain periods of the year, so if you’re a lover of this fruit, it’s best to know when is watermelon season is in your geographical area.

When is watermelon season in Texas, Florida, California and Georgia?

As you can see, the watermelon season for every state occurs during the warmer months, but each state’s specific time periods are a little different. If you truly want fantastic tasting watermelon, you’ll want to pay attention to when your state’s watermelon season is and how long it lasts.

It’s important to note that these are approximate timelines, and they can always change. There are several aspects that influence growth and with a lack of them could potentially throw these dates off. They include:

Now, there over 1,200 varieties different kinds of watermelons, but most grocery stores only carry a few. If you’re interested in growing your own watermelons, you’ll want to know when watermelon season is for your geographical area. This will help ensure you’ll grown the best watermelons possible.

Growing your own during watermelon season

If you’re an individual who has an interest in growing watermelon, you’ll first want to start by finding out when the watermelon season begins and ends in your geographical area. Once you know that, you’ll then have to decide what kind of watermelon you’ll want to grow.

Although there are over 1,200 kinds of watermelons, they all have one thing in common. The seeds should all be planted about a month after the last frost. This is why it’s essential that you stay up-to-date on the local weather forecast. In general, watermelons cannot handle temperature that are below 50 degrees. When the temperatures drop this much, the sweetness in the watermelon will begin to diminish.

For people who want to get a little bit of a head start, they can start their watermelon seeds inside their home. If you’re interest in doing this, you’ll need to invest in a biodegradable paper or peat pot that measures out to be about 4-inches or more. Once you have your supplies, simply plant your seeds in the pot, and let them sit out and grow.

Days to harvest during watermelon season

Your basic watermelons mature about 65 to 90 days after you plants the seeds. Then you have watermelons that are smaller in size and weigh anywhere from 2 to 4 pounds. These watermelons take 65 to 70 days after planting and include varieties like Midget, Garden Baby, Golden Midget and Little Baby Flower.

New Hampshire Midget, Sugar Baby and Petite Sweet fall under another group of small watermelons. This group usually matures in about 75 to 80 days. This also includes Desert Storm and Royal Majesty watermelons too.

Last but not least, you have the group of watermelons that are much larger. These watermelons take on average 90 days to fully mature. They include watermelons like Charleston Gray, Black Diamond, King and Queen, Navajo Sweet and Moon and Stars.

Are watermelons in season? Inspect the ripeness.

Your watermelon’s vine has tendrils that will begin to turn a brownish color and die.

Look at the stem and see if your see a circular crack around the stem.

Listen for a dull sound by thumping it.

Color changing from a whitish color to a yellowish color.

If you use all these tips, you’ll not only know when watermelon season is, you’ll also get the most out of your watermelon plants.

Latest posts by Allison (see all) 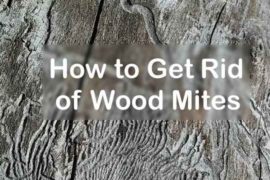 How to Get Rid of Wood Mites 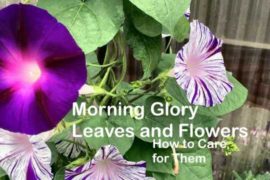 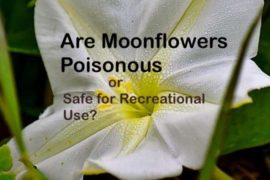 Are Moonflowers Poisonous or Safe for Recreational Use?