Every year, woodworkers consistently turn to both whitewood and pine to meet their needs for their upcoming projects. They can spend countless hours in their local lumberyards or home improvement centers, trying to figure out which one is best for their latest task. However, they often leave scratching their heads and trying to put their finger on exactly what the difference is between whitewood vs. pine.

Sometimes, pine is actually even sold under the name whitewood, depending on what region you live in. If this is the case, you may see the lumber marked as “SYP whitewood,” which stands for southern yellow pine. They are so similar in appearance that it is easy to use the term whitewood to describe both.

The truth is that there are very few major differences between these two types of wood. Most people would not be able to tell the difference without an extremely well-trained eye. In fact, you most likely have to see the two boards side by side before you could make any kind of determination about which one is which.

If you have been wondering what the differences are, let’s take a closer look at how you can tell them apart.

Check out: What Is Whitewood and Why You Should Choose It?

One of the first and easiest ways that experienced woodworkers can tell the difference between whitewood and pine is the number of knots that it has. You can spot the knots on a particular board without much trouble. If you see one piece of each side by side, whitewood will typically have more knots than pine.

Things can get a bit trickier if you are not comparing equal grades of wood, though. A pine floor that is labeled as a C & Better or a common grade will naturally have more knots than a clear or select grade. This may give it the appearance of having more character and could fool you into thinking that it is actually whitewood. Be sure to pay attention to the grade of wood when using this visual test to determine the difference.

Have you ever picked up two pieces of wood and been surprised by the weight difference between the two? Comparing two equal-sized boards of whitewood and pine will give you a good idea of which one is which. When it comes to whitewood vs. pine, whitewood is going to be the slightly lighter wood.

There is a small density difference between whitewood vs. yellow pine. The easiest way to visualize this difference is with the Janka scale. This scale measures how much pressure it takes to imbed a small metal ball halfway into a piece of wood. A higher rating on the Janka scale means that the wood is a bit denser and will be more resistant to denting and everyday wear and tear.

Southern yellow pine has a Janka rating of roughly 690, whereas whitewood from the tulip tree has a Janka of 540. This demonstrates that the difference in weight between the two kinds of wood won’t be significant, but you should still be able to feel it.

Depending on the piece of pine that is in front of you, it may be practically impossible to tell the difference between the two based on color alone. This is how some home improvement centers are able to sell yellow pine under the whitewood umbrella. The appearance is just so similar that the average person could not possibly tell them apart. You would have to take some of these other things into consideration.

This is what most woodworkers really want to know. What is the price difference between whitewood vs. pine lumber? Many people are simply trying to build their furniture as affordably as possible. They are on strict budgets that don’t allow room for expensive types of wood, particularly when there are very few visual differences between the two. Which one is going to be the better deal?

Pine is going to be more expensive than whitewood. The reason for this is because pine is so versatile in regards to building. You can use it for making furniture, flooring, and other building projects.

On the other hand, whitewood is too soft for these applications and can only be used for smaller items or ornamental items. It is not as high in demand as pine, giving it a lower price tag. Given that the difference between the two is so negligible, many people choose whitewood for their smaller projects.

Deciding Between Whitewood vs. Pine

There are very few ways to determine the difference between whitewood and pine clearly. Unless you see the two boards side by side, it will be next to impossible for an untrained eye to really spot the differences.

However, you can head to your local lumberyard prepared to research their offerings with a few of these guidelines. Make a smarter choice between whitewood and pine with these tips!

Specializing in building and renovating homes, Thomas Luttrell has worked in homebuilding since 2002. He also holds a bachelor's degree in English from Iowa University. 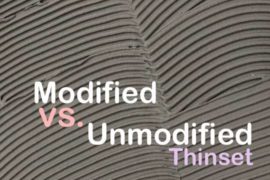 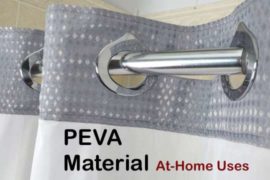 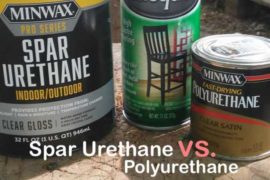 Spar Urethane vs. Polyurethane: Which Is Better?