Homeowners want to become more familiar with the jargon that experts use to describe their homes. They are invested in learning the technical terms that used to be reserved only for the professionals. When it comes to talking about home renovations and improvements, they want to make sure that they sound as educated as they really are. This is why so many of them are pondering what the difference is between a muntin vs. mullion.

Both terms refer to an important aspect of your window treatment, but how can you tell them apart? The good news is that the answer is extremely simple. If you are ready to dive deep into the lingo that describes your window, this is everything you need to know.

What is the real difference between muntin and mullion? The difference is significant, so it is important to pay attention. If you use the wrong term to tell your window repairman that you have an issue, you might accidentally pay him to correct the wrong thing. Understanding what sets them apart is key. 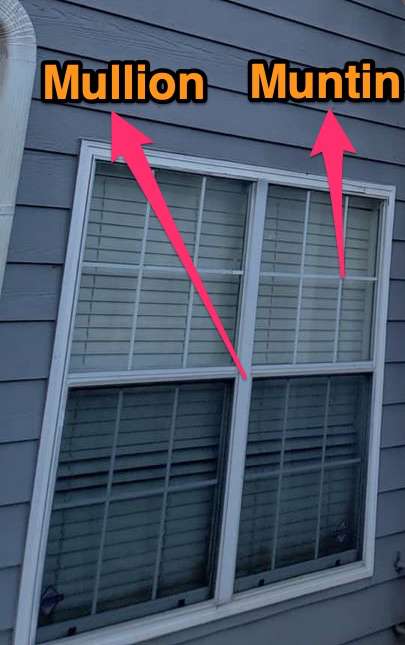 A mullion is a heavy vertical or horizontal piece that adjoins two windows together. In other words, it acts as the sort of frame of the window. It has nothing to do with the interior panes of glass. It holds the window as a whole.

On the other hand, muntins have everything to do with the panes of glass. Muntins are the very narrow strips of wood that divide up the individual panes within a sash (sometimes referred to as lights or lites).

However, not all windows with individual panes have a wooden piece that divides them. Instead of muntins, these windows have what is known as “simulated divided lites.” They very closely resemble muntins, but they are instead encased within the window panes or are installed over the outer surface.

Muntins are not just used in windows. They can also be added to doors to create individual lites. Anywhere where glass is broken up into individual panes instead of in one huge picture-type window, you are looking at some sort of muntin.

When it comes to the debate between window muntins vs. mullions, both are equally important facets of the window’s construction. They simply serve different purposes.

Many people are impressed by the windows that they see throughout the history of architecture. Most people associated the mullion with the more decorative windows seen in historical buildings than they do with windows today. The modern mullion is relatively boring and unimpressive. It is a simple square or rectangle that frames the window of our cookie-cutter homes. In comparison, the mullion used to be an impressive architectural feature. 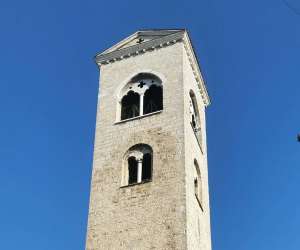 A mullioned window in the church of San Francesco.

Mullions were particularly prominent in Goth architecture as well as Renaissance architecture in European countries. They were often beveled on the edges or decorated to make them more pleasing to the eye. Windows could really make a statement back in the day, whereas now they tend to simply blend into the surrounding parts of the home.

In older buildings, the mullion was not always flush with the exterior wall, as is seen today. They were often recessed into the building so that molding or a series of moldings could run around the window treatment.

If you ever get the opportunity to tour Europe’s oldest buildings, make sure to take note of the beautiful care and attention to detail that they put into their window mullions. The architecture is simply stunning compared to the simplicity of our modern designs.

In today’s modern world, muntins are relatively thin. They tend to be an inch or less in width, separating the various panes of glass in your window. However, this is not how they always were crafted. 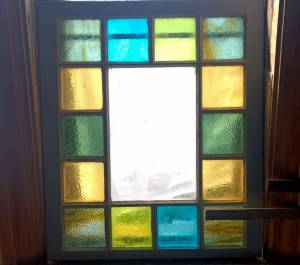 Glassblowing used to have some serious limitations. Panes of glass could only be so big, so they made up for these narrow panes with large muntins. Colonial architecture, in particular, is known for having some fairly wide muntins. Even as technology improved, some people preferred this style, and it became known as the Queen Anne window.

They may even be seen in a diamond pattern instead of the traditional rectangular pattern we use today. This was to help offset the negative effects of rain, ice, and snow. The slanted lines allowed the water to run right off instead of allowing it to pool and potentially rot the wood.

Telling the difference between your muntins and your mullions does not have to be extremely difficult. A simple definition can help you from making an embarrassing mistake when conversing with your window expert. Most windows have both muntins and mullions, so it is easy to identify which is which. If you still have questions about what the parts of your window are, refer to your local expert. They would be happy to give you a brief rundown of how your window works on your next service call!